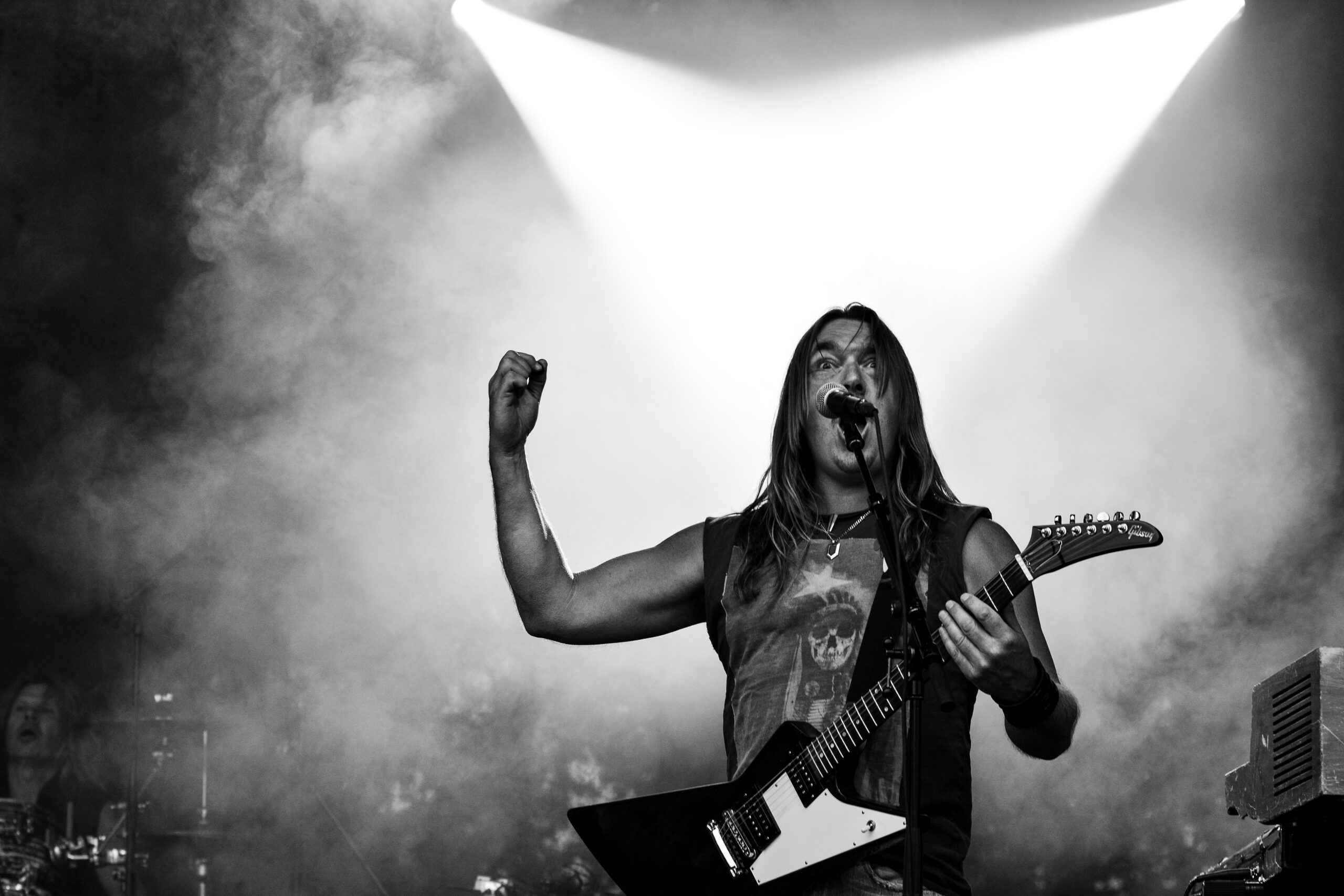 Grunt, which can often be heard in death metal and black metal, is a vocal effect containing a lot of ‘noise’. It sounds very strong and dark, and according to Complete Vocal Institute it is often used to express emotions from despair to aggression. Grunt is said to sound like as if distortion and growl were put together.

Grunt is produced by allowing the whole larynx to be open and vibrate. The collective vibration of different structures create very low frequencies with a strong volume. In fact, the sound is described to be “dark and hollow”. Grunt can be used both with and without true vocal fold vibration.

“Vibrating” structures during grunt include: